SPONSORED: Drag icon Rory O’Neill is fronting a new campaign to get people thinking about ageing with HIV

The international star was 27 at the time of his diagnosis 1995.  Since then, O’Neill’s profile has skyrocketed. He was even voted one of TIME’s most influential people for 2016. And the self-confessed ‘accidental activist’, now 48, is keen to put his fame to good use. As such, O’Neill is lending his voice to Gilead’s new campaign ‘My HIV, My Rules, My Journey’.  It aims to help HIV positive gay men, and men who have sex with men, over the age of 35 navigate their lifelong journey with the condition. Read More 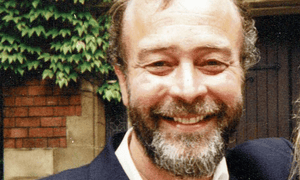 Andrew Veitch: ‘an ally to the gay and medical communities’

The advent of HIV/Aids in the early 1980s saw a great deal of hysterical, stigmatising journalism. Andrew Veitch stood out then, and subsequently, as the most responsible writer and observer of the unfolding epidemic. As professor of sexually transmitted infections at the Middlesex hospital and medical school, I spoke to him frequently and trusted him completely.  Read More

There is need for Kenya and bilateral partners to support clinical trials on microbicides in order to supplement existing HIV/AIDS prevention tools for vulnerable women and youth, medical researchers said on Wednesday. Speaking at a forum in Nairobi, the researchers emphasized that microbicides that include gels, foaming tablets and vaginal rings have potential to reduce HIV infection significantly. Dr Nelly Mugo, a reproductive health specialist at Kenya Medical Research Institute (KEMRI) noted that microbicides are an effective tool for preventing HIV transmission among women if applied correctly. Read More

Residents of Kalangala islands are blaming the death of two people living with HIV/Aids on medics who have abandoned the islands.The residents say the duo died in Nkese Island in Bubeke Sub-county, Kalangala district, after spending seven months off their life support anti-retroviral (ARVs) drugs. Mr Steven Kagiri, the youth chairperson representing Bubeke Sub-county at the district, said Jack Wamboga and Isaac Kisitu died last week. “Medics who used to come for an outreach camp got angry and declared our Island a no-go area after residents hijacked their boat to transport a dead body,” Kagiri said during an interview yesterday. Read More

The need for common action and stand on the part of policymakers, parents, educators and social workers so as to better protect the youth of Mauritius against the scourge of drug was stressed yesterday by the Minister of Youth and Sports, Mr Yogida Sawmynaden, at the opening of a three-day workshop on substance abuse and HIV-AIDS. The three-day workshop on substance abuse and HIV-AIDS, being held at UCLAN University, in Ebène, is a joint initiative of the Ministry of Youth and Sports, the CONFEJES and the CJSOI. Some 20 participants are attending. Resource persons are from the CONFEJES and the CJSOI. Read More

THE Western Cape health department’s efforts to slow the tide of new HIV infections among young women has received a boost with a R81m grant from the Global Fund to Fight AIDS, Tuberculosis and Malaria. While the province has a much lower HIV/AIDS prevalence than the rest of the country, there are sharp variations within the region, and within the Cape metropole. The three-year grant is for programmes targeting girls and young women in Nyanga, Mitchells Plain, Gugulethu, Manenberg, Heideveld and Athlone, where more than 30% of women attending antenatal clinics last year were HIV positive. Read more

Roland Chesters, who was diagnosed with HIV/AIDS several years ago, says it’s time for employers to openly offer more support to those living with the disease.

With the advent of antiretroviral therapies (ART) in 1996 the fate of those living with HIV/AIDS changed. They were offered a hope that that they would no longer die an early death but that they could expect to have a better quality of life – potentially even a life where they would be able to work and participate fully in society. In the past 10 years alone, nearly 70,000 men and women in the UK have been  diagnosed with HIV; fewer than 7,000 have died. Read More

Only diagnosed a month ago, Christopher Yates wasn’t planning on telling his boss about his HIV status, but a hospital appointment made him think again

‘I decided to ask my manager for a private meeting, and was shaking by the time I met him in the meeting room’30 September 2016 by Chris Yates

I didn’t expect to tell my colleagues I had HIV. I’m glad I did.  It was a Friday morning, and I had an 11am appointment at my local hospital, to get the full results of the blood tests the doctors took to determine the extent of my newly-diagnosed HIV.  By that stage, I had passed just over a month of knowing I was HIV positive. I had gotten over the initial shock, told my boyfriend, spoke to a Positive friend in London, and began my mental journey of accepting that I was now going to live with this for the rest of my life.  Read More

A team of medical personnel from Rwanda National Police (RNP) are conducting free and voluntary HIV testing to Police Officers operating in Bugesera District, community policing committees, reserve force, and their families, and members of the public.  The move is in line with the RNP health development and human security programme of ensuring a healthy population, supported by the Ministry of Health through Single Project Implementation Unit (SPIU).  According to Inspector of Police (IP) Venuste Niyonsaba, who is heading the camp, the voluntary testing and counseling that started on September 27, will be conducted in all the 15 sectors of Bugesera within ten days. Read More

Dear Deputy President Ramaphosa, I am writing this letter to you in your capacity as the chairperson of the South African National AIDS Council (SANAC), as it reaches a crucial stage in the development of the next National Strategic Plan (NSP) on HIV, TB and STDs. Deputy President, a few days ago I received the following text message from a friend: “Two funerals today of family/friends that died of AIDS. Read More