These are the stats that tell the real story.

In 1981, the U.S. Centers for Disease Control and Prevention identified a new and highly aggressive virus they were unable to control or treat. In the decades that followed, more than 1.2 million people were diagnosed with AIDS in the U.S alone.  Read More

“The law has been counterproductive to all the achievements Uganda has made.”

HIV/AIDS activists have asked Parliament to amend the HIV Prevention and Control Act.

They argue that the law contains clauses that could deter all the benefits in the fight against the scourge.  According to this group, the law instead instills fear in communities about HIV disclosure and also fuels stigmatization. Read more

The DUP issued a statement on the matter. Credit: UTV

The DUP MP Sammy Wilson has told a constituent that there are some diseases that affect a lot more people than AIDS does.  Read More

A woman shows her clean syringes at the Aids Center of Queens County needle exchange outreach center in New York, 2006.

The United States’ ongoing opioid epidemic may be undoing the hard-fought public health gains of HIV/AIDS reduction, according to a U.S. Centers of Disease Control and Prevention report published Tuesday.  Read More

SHE HAS been living with HIV since birth. Today, at the age of 26, “Bee” (not her real name )has a job, many understanding colleagues and a boyfriend who embraces her for who she is.

“I can live a perfectly normal life,” Bee said. She asked to be referred to by a pseudonym to protect her privacy.  Read More

ON a sunny winter morning, people gather at a market lining the road in front of the Wenlou village committee. Vendors hawk padded jackets, blankets and snacks. Read More

When Pavel Lobkov went public with his HIV-positive status on live television, the presenter took the bold step of challenging stigmas commonly attributed to HIV/AIDS in Russia, while being open with himself and his viewers.  Read More

Titila Mputa has seen just how devastating HIV can be. Her mother has the virus and has had four strokes.

Every day, Luyanda Ngcobo’s routine is the same: It starts with a trip to the back cupboard, where safely hidden away is a bottle of nevirapine, an antiretroviral pill he has to take twice a day for the rest of his life.  Read More

HIV testing kits are seen in a vending machine in a university in Chengdu, Sichuan Province, China, in this November 27, 2016 photo. Over 2 lakh people affected by HIV/AIDS have died in the country this year. Over two lakh people have died in China due to HIV/AIDS this year with 94 per cent of them contracting the disease due to sexual transmission, according to official figures released here on Wednesday.  Read More 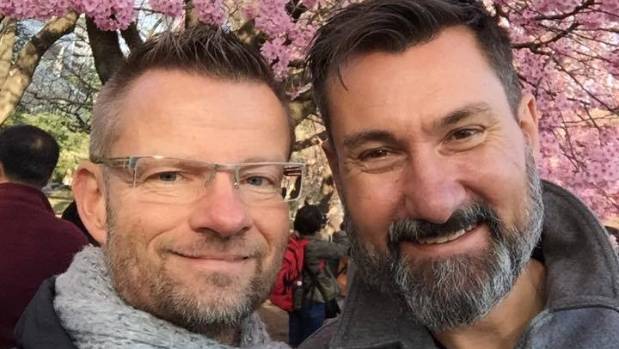 Ashley Barratt was shocked when he learnt nearly five years ago that he was HIV positive, as part of a routine blood test.  “My first thought was ‘am I going to die? What are people going to think?'” he says.  Read More